A biopic of Chinese silent film actress from the 30’s, Ruan Lingyu, with Maggie Cheung as Ruan. This movie tells the sad story of a young woman who is rescued from poverty by show business, and is subsequently destroyed by it. It’s a classic story of the patriarchal double standard in which an adulterous woman is punished by society while an adulterous man is not.

Maggie Cheung’s performance is quite good. First of all, she pulls off being an actress playing an actress who is very immersed in her work.

Everyone in this movie is exceedingly composed – they speak carefully, and walk perpetually as if on eggshells. No one really comes alive until a scene at a dance hall near the end. But despite all the sugary politeness, Cheung successfully conveys a woman who is being slowly destroyed by her oppressive environment. And there are a couple scenes in which she completely loses it, and it’s very affecting to watch.

The movie is very interestingly interspersed with clips from Ruan’s movies, documentary footage of Ruan’s surviving contemporaries, and the actors’ conversations with the director.

The other actors, such as Tony Leung Ka Fai, Carina Lau, and Waise Lee, who are so interesting in other movies, all have little to nothing to do, except to look nice in period costume.

Also interesting is the fact that Carina Lau (who plays fellow actress Lily Li) looks much more like the real Ruan Lingyu than Maggie Cheung does.

Watching this film is a bit like watching a PBS documentary – edifying, educational, but not exactly fun.
>> 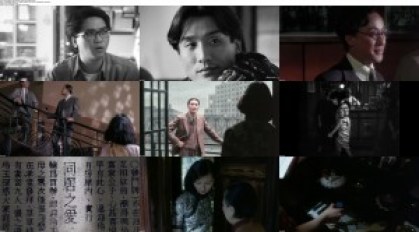