Lara (Eleanor Tomlinson) and her estranged father, Dr. Hill (Stephen Rea), travel behind the iron curtain to a decrepit castle outside the Hungarian town of Styria. In the nearby woods, Lara witnesses a violent car crash. Carmilla, (Julia Pietrucha), the lone survivor, crawls from the wreckage. When Lara hides this beautiful and mysterious stranger in the castle, the two start an intense and chaotic friendship. As their relationship deepens, crops whither, farm animals die, and the young women of Styria begin to go mad. When local girls are found dead from apparent suicides, Lara wonders if Carmilla is to blame or is there a darker secret behind the mass hysteria destroying the town.
>>

One of the most beautiful cinematic experiences I have had in ages, “Styria” is a film like no other. It is at once a creepy little Gothic romance and a psychological drama – a rich and complex film that flirts with death, guilt and suicide, but does so in such a seductive way that it makes it utterly irresistible. The performances firmly ground the film in an emotional reality, whilst making the ancient metaphors, dreams and nightmares flesh. But like all great films it remains a mystery and far more than the sum of its parts. Like the castle in which the story plays out, “Styria” begs us to return back to it and go deeper, beyond the layers of history and narrative, into something very primal and very beautiful.
>> 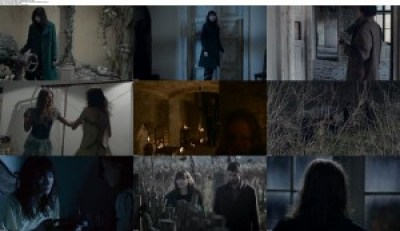